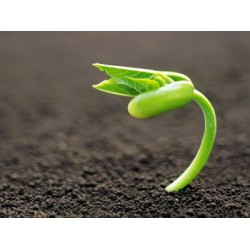 Since Walter Suttie founded Martec (originally as Martec of Whitwell) in the mid 90s we have continued the relentless pursuit of the simultaneous goals of hygiene and efficiency. Whatever pre-conceptions you have about pigging leave them behind. The wipe action of the patented MarplugTM leaves a touch-dry pipe and recovers more product than any pigging system you have ever seen.

Martec of Whitwell was formed in 1997 by Walter Suttie who was widely recognised for his long experience of 'pigging' across many industries.  When others shied away from the hygienic challenges of food applications Walter drew on over 20 years of experience to apply professional engineering knowledge to deliver a high performing solution.  Hygienic applications have unique, often underestimated challenges; it looks simple but the devil is in the detail!
The Marplug™ was invented out of this foundation.  It is the most effective and highest performing hygienic pig concept in the world.

A patent was filed to allow the MarplugTM to be hygienically cleaned without removal from the pipework (and hence keeping integrity of system cleanliness).
In 2002 Walter was joined by Jonathan Harper who took over as Managing Director due to Walter's poor health. Jonathan significantly expanded the customer base and extended the applications of hygienic pigging beyond food into pharmaceutical, paints, nuclear and other industries.  The defining characteristics being any hygienic context or where clients were reliant on professional process knowledge and expertise.  This was also the start of understanding the role of pigging as an integral part of overall hygienic cleaning, in particular the influence on soil load within CIP systems and how this affects best practice design of CIP.

Martec entered a major growth phase in 2010 which subsequently involved Bryn Craggs and Ian Sterritt in the strategic planning and forming of a larger scale business.  These plans were being implemented when Jonathan was killed in a motorcycle accident in October 2011.  As interim MD Ian, along with Project Manager Jeremy James, continued not only fulfilling all client commitments but also addressing new opportunities and creating a solid foundation for the future.
Ian Sterritt and Jeremy James became co-owners and Directors of Martec of Whitwell Ltd.  Bryn Craggs continued to provide critical food science support.  Jonathan's widow, Katrina, retained a minor shareholding and non-operational interest.